We hear you, Mom. 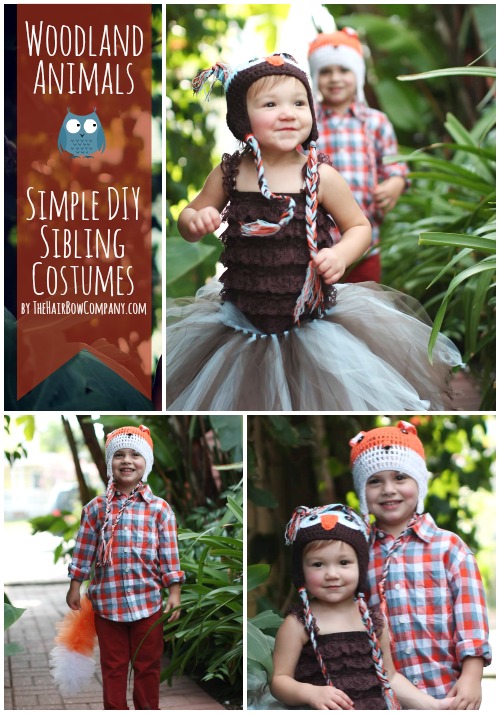 That owl costume was a dream, y'all. I whipped up that no-sew tutu in about an hour! (To be fair, I'm probably a wee-bit faster than you since I've made eleventy billion tutus at this point, but it still shouldn't take you longer than two hours.) I used about a spool and a half of both sky blue and brown tulle and alternated colors each strand. I like to use 7/8" ribbon on my tutus, they make the prettiest bows.

I just paired the tutu with a coordinating crochet owl hat and petti romper. You could definitely choose one of our bright, fun owl hats and make a less literal owl. I think a pink and lime owl would be fantastic!

The total for this outfit is only $25.33. And the best part is that little missy can play with that tutu year-round, she can wear that hat throughout winter, and the petti romper is perfect for photos!

And for your son? This! 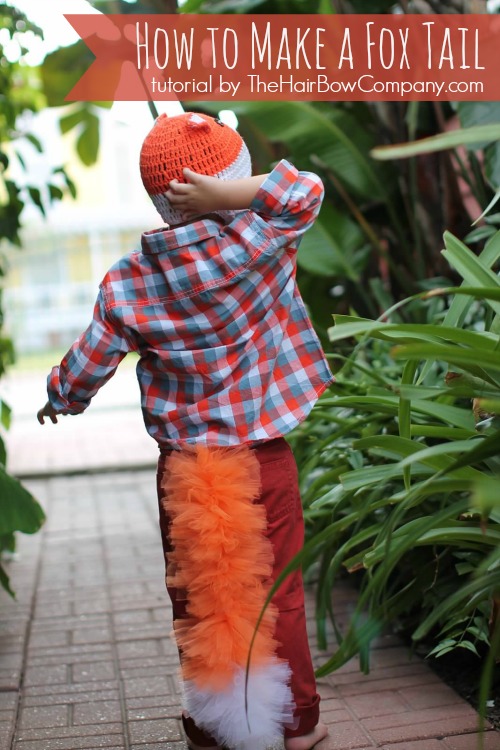 I am obsessed with this costume. If I can get that hat on my head, I'm wearing this!

I will be honest with you... this takes a while. Cutting and knotting THAT much tulle is quite a task, but oh-my-gracious was it worth it!

The step by step pictures are below. Just take a long piece of ribbon and make a loop at both of the ends. You can knot it but I actually stapled it. Cut 6(ish) inch strips of orange (we call it shrimp) tulle. I may have only used a spool or less on the entire tail. Now just start tying. And tie, tie, tie. When you have about six inches left, it's time to begin with white tulle. At this point, I tied a strand of white tulle to the bottom loop and then worked my way from the bottom of the ribbon on up to the orange tulle.

That sounds confusing, I know. I just wanted to be sure that the tip of my tail would look right. I wanted it pointed... I didn't want to look like the tip had been chopped off by an angry lumberjack. Make sense?

Once you're done tying, start twisting, turning, and pulling the tulle around so it looks like a fluffy tail. Take your scissors and trim the white tulle so the tail looks pointy. 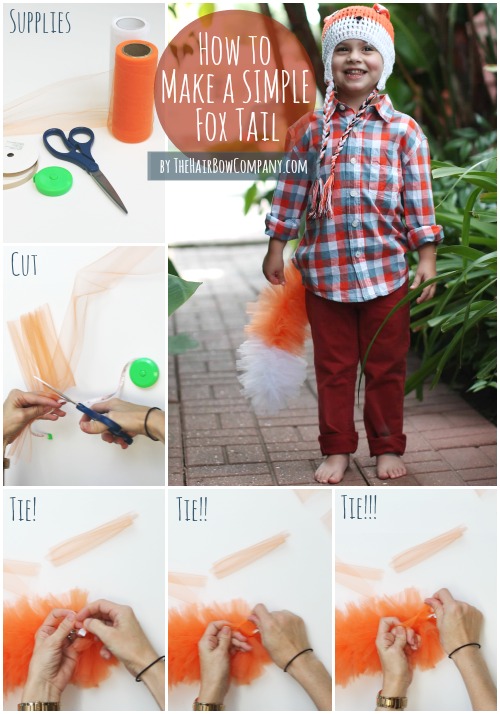 I paired the tail with some dark orange pants and a plaid top I found at Target. And topped it off with our adorable new fox hats. It was perfect! If your loop is big enough, attach the tail by lacing it into his belt. If not (ours wasn't), just use a safety pin.

If you have any questions while you're crafting, you can email me directly at ruffles(at)thehairbowcompany.com. (Remove parenthesis.)