Feeling patriotic? The warm temps do that to you, don't they. Picnics, fireworks, parades, and friends. As we are gearing up for Memorial Day and the Fourth of July, I decided to create a fun patriotic tutu dress tutorial! 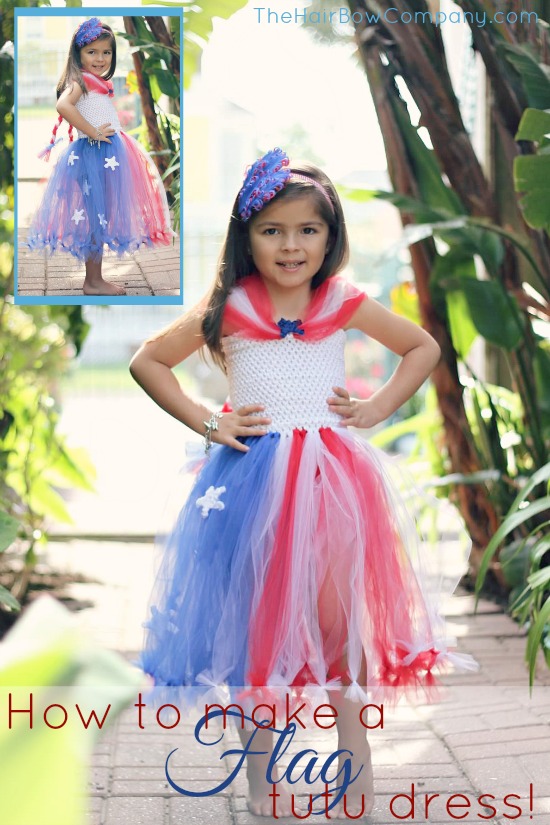 You'll need to determine the length you'd like your dress. I didn't want this one all the way to her ankles, though sometimes I like them really long. It's up to you! It's hot in July in Texas... I wanted a little air flow on her legs! The best thing to do is measure a pair of her pants to get the best length. Take that number and double it. I wanted my dress to be about 20" long, so my tulle needed to be 40" long.

Use your crochet hook to help. It's possible to create a dress without one, but it takes much longer. Just buy a hook!

Begin on the second row of holes. Your tulle will be looped around the cloth square on the lowest row. Make sense? Push the crochet hook from the inside of the headband through to the outside. Fold a strand of tulle in half and grab the loop with the hook. Pull it through. Then grab the two ends of the tulle strand and thread them through the tulle loop. (Check out the photos below if that sounds confusing. It's really easy!)

I did about the third of the dress in royal blue. The rest of it is red and white. Two strands of red, then two strands of white.

Once it was complete, I added ties to the bottoms of each strand. (I just cut 4-5" strands of tulle and tied them about an inch or so up from the bottom of the dress.)

You can probably create this basic dress using just one roll of each color of tulle. But I'd recommend getting two of each so you can add touches and make it more exciting.

I gathered six VERY LONG strands of tulle (four red and two white - probably six feet long) and thread them through a hole in the top, center of the crochet headband. Don't use the top row, go down a couple. I bundled two reds, then two whites, then two reds - I thought this made the stripes more defined. I used clear hair ties in the back of the dress to hold the long strands of tulle together. And then I braided the long ends so there would be more cute detail in the back. 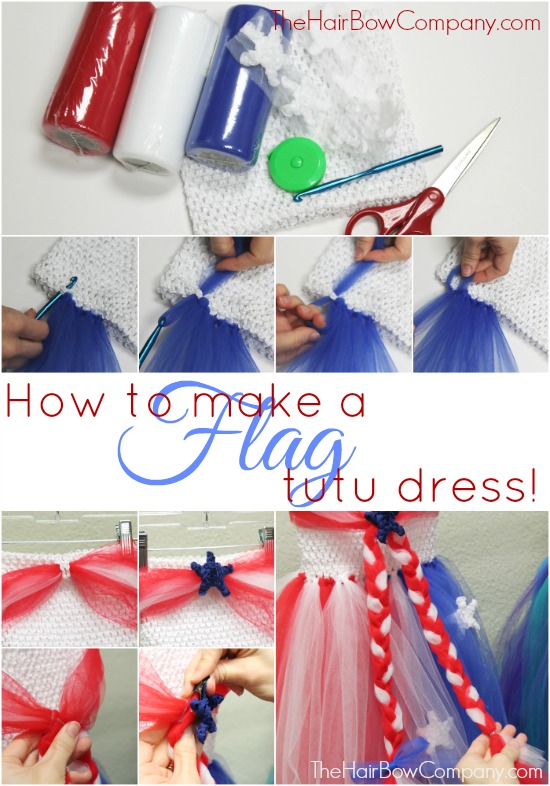 I always feel like the wording is complicated. I hope you can see in the photos that it is actually quite simple!

If you have any issues and need me to answer any questions, feel free to email me at Ruffles@thehairbowcompany.com.